We spent days pulling together our favorite Women Empowerment quotes from women you love (and some you haven’t heard of yet).

Thank you for reading our list of Women Empowerment Quotes. If you would like to join us on our mission to empower women, please see our Facebook page. Think someone else needs to be added or disagree with a selection? Leave a comment below! 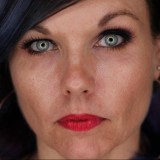 As a speaker, teacher, performer, and entrepreneur, Cat Cantrill has one mission: to Empower Women. Everything changed for Cat many years ago on a rainy night in a trailer park, defending her two kids against a drunk maniac. Since that time, she opened her own burlesque dance studio and has gone on to become a successful lecturer, coach, and inspirational leader for her tribe of women.

This site uses Akismet to reduce spam. Learn how your comment data is processed.